Heading into the weekend like…
A few scenes from @horrornights opening night. Great mazes this year! More coverage to come! @horrornights #universalhhn #spookyseason #halloween #michaelmyers
Wow. #hauntedmansion #owenwilson
This is so cool! Congrats Nia DaCosta - Have you seen Candyman yet? #repost @indiewire
Fright fest is BACK at Six Flags Magic Mountain with two new spine-tingling scare zones, a dark and twisted photo experience and two new mind-numbing shows!
Freeform Halloween Road is back. Mark your calendar, set your alarm, and get that Wi-Fi tight. They’ve got a walkable and socially distanced event coming your way!

The makers of ‘Goodnight Mommy’ are back with this year’s Sundance horror breakout.

Directed by Veronika Franz and Severin Fiala, the filmmaking duo responsible for 2015’s chilling Goodnight Mommy, from a screenplay by Franz, Fiala, and Sergio Casci, The Lodge centers around a soon-to-be-stepmom (Riley Keough) snowed in with her fiance’s two children (Jaeden Martell, Lia McHugh) at a remote holiday village. Just as relations finally begin to thaw between the trio, strange and frightening events threaten to summon psychological demons from her strict religious childhood.

The Lodge had its world premiere at the Sundance Film Festival on January 25, 2019, and immediately drew comparisons to The Shining, and to last year’s Sundance horror darling, Hereditary.

first and last scary movie of #sundance2019. THE LODGE is going to give me nightmares for days and it was totally worth it. A more subdued HEREDITARY (read: less gore) with overtones of THE SHINING. pic.twitter.com/MGsRV2e9Wr

THE LODGE – Bone chilling slow burn – echoes of last year's HEREDITARY are there, but this uniquely morbid family drama with religious furor maintains a precision that would make Hitch and Kubrick proud. Exceptional pacing, a frigid bit of horror that's top notch #Sundance

Critics are also calling The Lodge “scary as hell,” “game changing” and “the next great horror film”.

The Lodge also stars Richard Armitage and Alicia Silverstone and will be in theaters this fall. 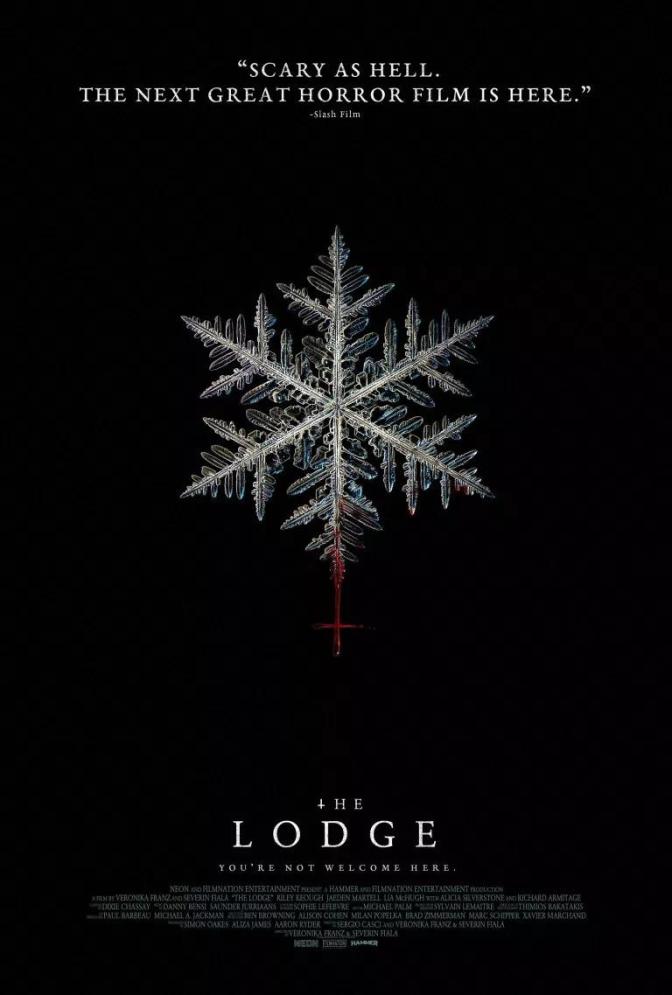