Heading into the weekend like…
A few scenes from @horrornights opening night. Great mazes this year! More coverage to come! @horrornights #universalhhn #spookyseason #halloween #michaelmyers
Wow. #hauntedmansion #owenwilson
This is so cool! Congrats Nia DaCosta - Have you seen Candyman yet? #repost @indiewire
Fright fest is BACK at Six Flags Magic Mountain with two new spine-tingling scare zones, a dark and twisted photo experience and two new mind-numbing shows!
Freeform Halloween Road is back. Mark your calendar, set your alarm, and get that Wi-Fi tight. They’ve got a walkable and socially distanced event coming your way!

SAVAGE HOUSE
After a one year hiatus, SAVAGE HOUSE returns with a vengeance to the San Diego haunt marketplace. Things start off with an ingenious first room that gives you the horrific backstory of the Whitener family home and then quickly go from bad to worse as you enter the notorious house of cannibals. Savage House echoes the grungy and blood stained feel of the original TEXAS CHAINSAW MASSACRE. The rooms are incredibly detailed and enhance the feeling of dread as you venture through a maze of blood thirsty killers and helpless victims. The actors are fantastic and even funny at times breaking the tension for a few key moments. I’m happy to say that Savage House is a vicious, energetic and scary experience. Easily one of the best haunts of 2015. 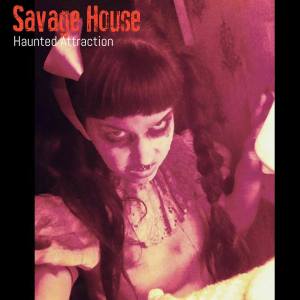 I'm an LA-based producer of animation and The Halloween Experience DVD series. I can't swim, but at least "I ain't afraid of no ghost". Btw, Sid Haig is closer than he appears in my profile pic. Follow me on twitter @chipdanger View all posts by mibphil