The retro-styled arthouse demonic possession horror film Luz has been wowing audiences and critics at film festivals like Berlinale and Fantasia Film Fest, and now a freaky trailer is here to tantalize the rest of us mere mortals.

Shot on Kodak 16mm film, German writer/director Tilman Singer‘s visually arresting debut feature film was – impressively – shot as his college thesis project before hitting the festival circuit where it was snapped up by the newly-launched Yellow Veil Pictures who are specializing in boundary-pushing genre cinema.

In terms of the plot, the logline is as such: “Fleeing from the grasp of a possessed woman, a distressed cabdriver begins a confession in a rundown police station that endangers everyone who crosses her path.”

While Luz has been described as “psychotropic horror” and a “refreshing take on demonic possession“, Singer describes his film as “a supernatural sensuous thriller that plays with the sensory perception of the audience.” [It’s] a very simple story… what is complicated, however, is how it is told, nested within diegetic flashbacks. We use an additional layer of sound that adds a past reality to a present reality. The credibility of both realities is questioned at all times.”

A rainy night. A dazed and numb young cabdriver, Luz, drags herself into the brightly lit entrance of a rundown police station. Across town in a nightspot, Nora seductively engages police psychiatrist Dr. Rossini in a conversation. Nora is possessed by a demonic entity, longing for the woman it loves – Luz. She tells the Doctor about her old schoolmate Luz’s rebellious past at a Chilean school for girls. Increasingly drunk on her story, Rossini turns into an easy prey in Nora’s hands, but he’s soon called away to the police station to examine Luz. Supervised by his colleagues, the doctor puts Luz in a state of hypnosis that initiates a series of flashbacks, unfolding the events leading to her arrival. But the entity that has taken control of the doctor wants something more. Bit by bit it slips into Luz’ reenactment and makes old memories come to light.

An official release date isn’t known yet as Luz is still making the festival circuit – next up it will play at Fantastic Fest in Austin, Texas. In the meantime, here are some gorgeously eerie stills and the official poster for Luz. 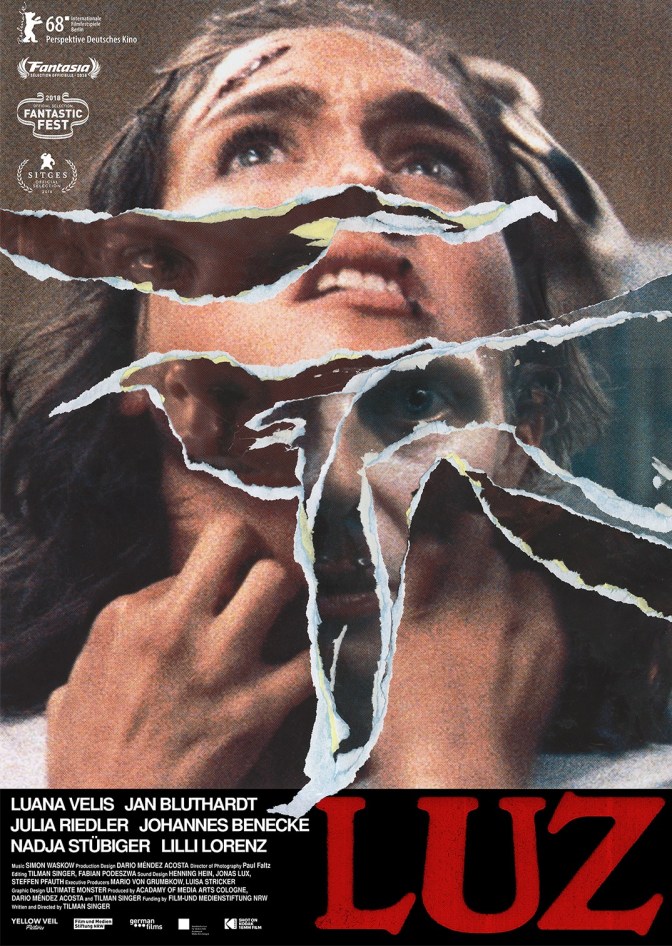 Fleeing from the grasp of a possessed woman, a distressed cabdriver begins a confession in a rundown police station that endangers everyone who crosses her path.